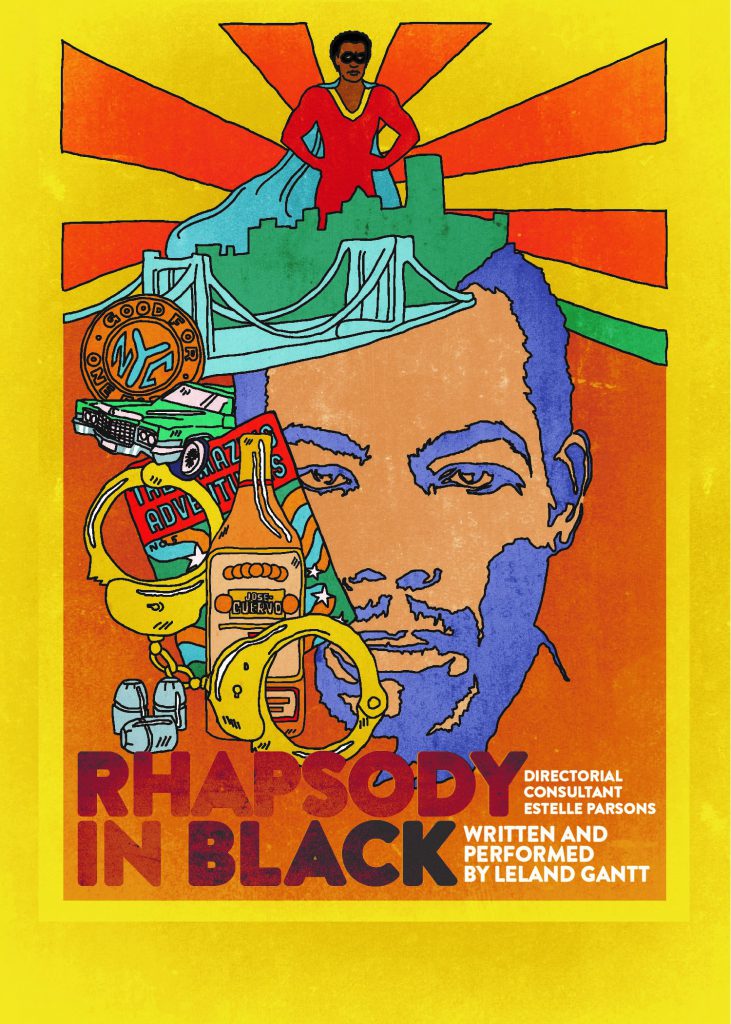 One night only: November 15th 2019
Presented at the August Wilson Center

On November 15th 2019 we presented McKeesport native LeLand Gantt’s acclaimed solo show Rhapsody in Black at the August Wilson Center, 980 Liberty Avenue. Developed at New York’s famed Actors Studio, the show has toured the US and Canada to rave reviews, and PPTCO was proud to host its Pittsburgh premiere.

“Multiple elements combine to give Rhapsody its super-powered emotional punch, many of them concentrated in the incredible persona of its star. Charming, self-deprecatingly funny, linguistically awesome, LeLand Gantt imbues every word that falls from his mouth with all the passion and poignancy of a preacher speaking the Gospel.”
– Jaime Lubin, Huffington Post

“There is anger and comedy in his stories, as well as charisma. Gantt is an engrossing relater of his experiences, but the tales all have a point, which while tantalizingly revealed amidst his recollections, ultimately are distinctly sobering. Exercising lightning quick changes of emotion and force, Gantt’s performance is strong and masterful.”
– Larry Kubert, Lincoln Journal Star

A charming, self-deprecating and at times devastating ode to being marked as “The Other,” Gantt’s passionate, poignant and Gospel-like delivery earned him a “Best Storyteller” award and Estelle Parsons a “Best Director” award at the United Solo Festival upon its debut in 2014. The Beauty Myth best-selling author Naomi Wolf calls it “one of the most profound documents I have encountered about what it feels like to be African-American in America”. LeLand’s former co-star – the 6x Academy Award nominee Ellen Burstyn – deems it “a searing portrait of the effects of racism on one multi-talented artist…everyone should see this play.”

(More on this earlier production from Broadway World)