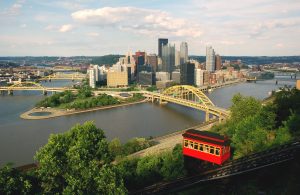 The Theater Festival in Black and White: Multicultural Edition shone a light on Pittsburgh’s diverse communities by soliciting plays from an array of playwrights from various cultural backgrounds, all of whom have lived in the Pittsburgh area for at least two years at some point. It ran February 14-28 2015.

There were two programs of one-act plays.

The Code
By Alexis Payne
Directed by John Gresh

Family Matters
By Michael A. Jones
Directed by Joseph Martinez

Terms of Contract
By Paul Kruse
Directed by Adil Mansoor

A Journey to Love
By Marla Carter
Directed by Joanna Lowe

No Late Seating
By Emma Wagner
Directed by Sharnece Thomas