October 2007: The Fifth Annual Theatre Festival in Black and White, Pittsburgh Playwrights’ signature event, featured eight one-act plays, half by African-American playwrights and half by Caucasian playwrights, with a twist that the Caucasian plays are directed by African-American directors, and vice versa. Supported by MCAI, Mellon and The Pittsburgh Foundation. Festival Coordinator: John Gresh. Ran October 17th through October 28th, 2007.

“Cake Without Frosting” by F.J. Hartland
“Two sisters, who hate each other like poison, come together for a surprise birthday celebration; what impresses most is Hartland’s refusal to offer the feel-good ending any other playwright would have. The two-woman cast makes a strong and evenly-matched pair.”
Christopher Rawson, Pittsburgh Post-Gazette 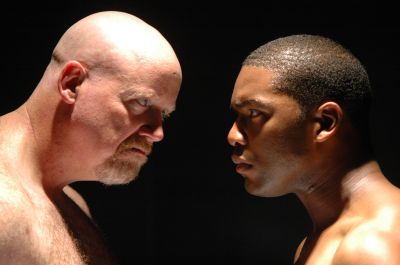 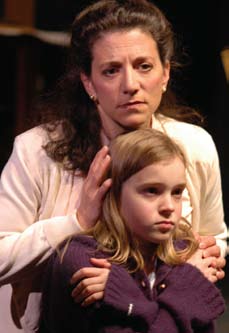 “Using dramatic flashbacks and the haunting ghost of a young girl, The Music Lesson is a passionate discussion of bombing and its psychological aftermath. With the world’s eyes now upon the Middle East, this Pittsburgh Playwrights Theatre production of Ryan’s drama takes the time to glance back…The show is serious, but not intense, didactic but good-humored.” Robert Isenberg, City Paper, 05/17/07

“…a play rich in cultural parallels, with an infectious, warm heart…In Ryan’s ambitious structure, past and present intertwine, putting demands on the actors, who, with the help of director John Gresh, generally keep everything clear and let the play tell its affecting tale.

“Judy Kaplan gives a dark and feeling frustration to the troubled Irena, and Mark Tierno has an awkward integrity as her more adaptable husband. Nadia Cook-Loshilov plays the doomed Maja in memory and flashback with bright fragility, neatly contrasted with the surly spunkiness of Cat, to whom Imani gives great appeal.“ Christopher Rawson, Post-Gazette, 05/22/07 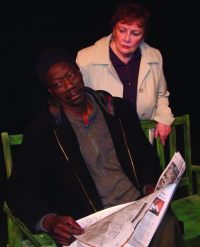