In The Heat of the Night 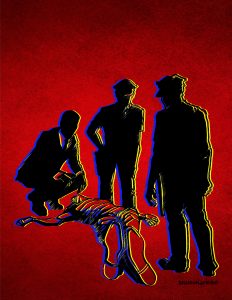 Acclaimed playwright Matt Pelfrey’s adaptation of John Ball’s In the Heat of the Night based on the award-winning book that inspired the Oscar-winning film and the Emmy-winning television series.

It’s 1962. A hot August night lies heavy over the small town of Argo, Alabama. A dead white man is discovered and the local police arrest a black stranger named Virgil Tibbs. The police learn that their prime suspect is in fact a homicide detective from California. As it happens, Tibbs becomes the racially-tense community’s single hope in solving a brutal murder that is turning up no witnesses, no motives, and no clues.

“Unwavering in confronting the racism and violence that permeates the story.”
– Sharon Eberson, Pittsburgh Post-Gazette