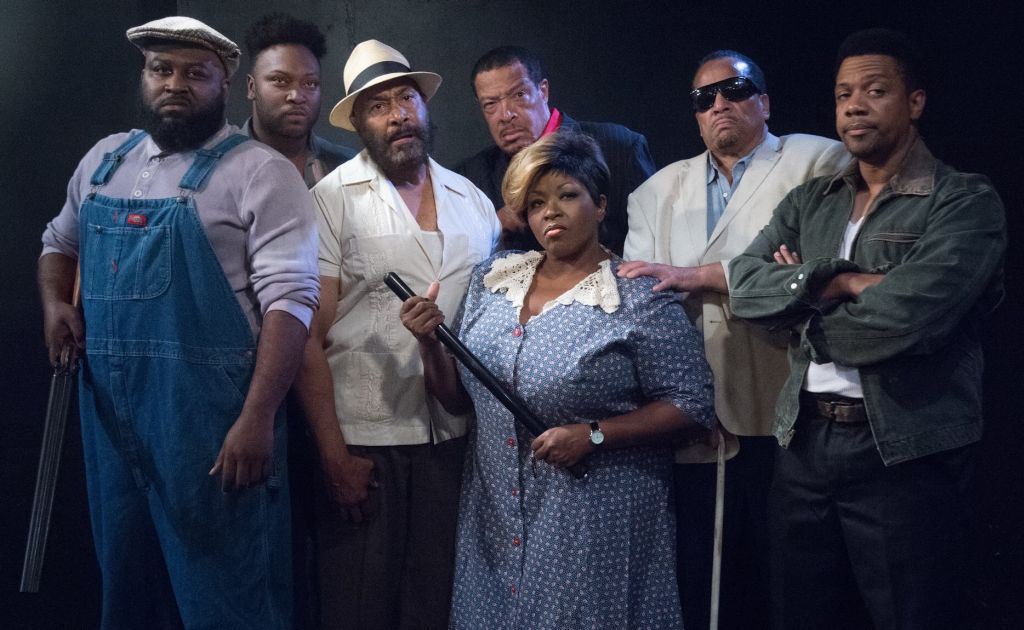 It’s summer, 1955, in the piney woods of East Texas where local men wander into Charlesetta’s Top o’ the Hill Cafe almost every night for comfort, solace and companionship. Times are changing, the Klan is active and young black men have been disappearing or turning up dead. This night, Delmus wants to celebrate getting a new job but the other regulars are skeptical. They try to warn him as they joke, feed the jukebox and play cards until betrayal catches all of them and life at Top o’ the Hill is changed forever.

“Unless the Royal Shakespeare Company brings its whole repertory to town, East Texas Hot Links is going to rank among the 10 best plays of the year. It’s an intense experience in an intimate theater, acted with compelling authenticity.”
– Christopher Rawson, Pittsburgh Post-Gazette

“Enchanting because of its sense of place and mesmerizing because it was astoundingly well performed, well-written and the direction by Montae Russell is sharp as a lilting rhythm.” – Jason Clearfield, Pittsburgh in the Round

“East Texas Hot Links is a deceptive little play. It appears to be a humorous little concoction; a character study with men ruminating over the troubles of the day…. Then, Lee blows the roof off – literally and figuratively. It’s a pot-boiler that explodes on the stove in the final few minutes.”– Michael “Buzz” Buzzelli, ‘Burgh Vivant

“Feels like both a cautionary tale and a call to solidarity.” – Wendy Arons, Pittsburgh Tatler